When it comes to words, one well-turned phrase or single bon mot can frame an argument and gain instant traction with an audience. Frank Luntz, in his book Words That Work, describes how several years ago, Republicans, with his assistance, reframed the IRS’s Estate Tax as a “Death Tax.” Most Americans thought estates only applied to rich people, making concern for such taxation irrelevant. But hey, everyone dies! So to be taxed at death becomes an issue with instant, universal relevancy, leading to serious consideration of the Republicans’ alternative.

Same story with the “Marriage Penalty” which had for years been known simply as a quirky scenario wherein married couples paid more taxes than if the same couple filed separately. But once it was labeled as a “penalty” for married folks, the perspective changed and so did the legislation.

Another example of powerful, albeit deceptive, wordplay is the use by corporate-funded lobbyists of the term “Citizens for ____________” to name their “grass roots” political action committees. For example, as documentary filmmaker Susan Saladoff pointed out in a recent On the Media interview: “

There was a huge public relations campaign started by large corporations, and they called them Citizens against Lawsuit Abuse or CALAs. And they were set up all over the country as if citizens sprung up spontaneously, outraged by all these lawsuits when, in fact, these Citizens Against Lawsuits groups, they were made up out of whole cloth from the public relations campaigns of groups like the American Tort Reform Association.

Perhaps the best example of leveraging a single word to move an audience to action is the gambling industry’s decision to begin referring to itself as the gaming industry.

But “gaming?” Who doesn’t like gaming? Fun for the whole family, right?

By removing just two letters, the gambling industry reshaped an entire paradigm and revenue-hungry legislatures nationwide began to view gambling–er, I mean gaming– as somehow less harmful. A proliferation of legalized gambling zones and lotto games followed, creating what someone described as a massive “tax on the mathematically challenged.”

The lesson here is that words are powerful. Despite the rush to produce ad copy, press releases and tweets, it pays to carefully weigh one’s words. Choosing just the right one can make the difference between gaining or losing an audience. One could argue that for every given piece of communication, there is only one right word for each instance. Even words with similar semantics each possess their own nuances that color the meaning in a certain way. One of them is right and best. The others are not quite up to the task. 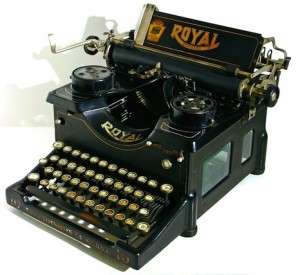 Here at TCA, we agonize over words, and especially so when developing our clients’ key messaging platforms, taglines and other brand-centric communications. (Today in fact, we had several folks on a client phone call debating the merits of using or not using the definite article “The” in the title of the conference they produce.)

Precise and persuasive word selection takes time, improves with others’ feedback, and also benefits from a little distance in the form of time away from the writing effort. As TCA’s founding partner T Taylor always says, “Write fast. Edit slow.” In other words, getting it down comes first. Then getting it right.

Anyone that uses words to make a living has had the experience where Friday’s Pulitzer Prize-winning prose sounds a bit rough around the edges on Monday. And the “sounds” part is a big piece of the process. The mere act of reading one’s writing out loud can reveal a lot weaknesses to be fixed. It will sound awkward, like hearing one’s own voice on a recording, but that’s the point.

Great wordsmithing—struggling to find the one right word for each situation—takes humility and is a lot of work; but when it’s finally right, everyone knows you’ve nailed it.