Home / Professional Development / What Do You Stand For

What do you stand for?

My grandpa grew up in western Pennsylvania and worked in the coal mines. During the great depression it was a blessing to have a job, even if it meant working underground in the black soot of a dirty mine. But just having a job wasn’t a ticket for a better life. My dad and his family had many memories of being poor and hungry.

When my grandpa retired he moved to Florida and lived in a modest trailer, still barely making ends meet. One day, my dad heard from one of his brothers that there was a government program that would give money to ex-coal miners who had black lung—a disease caused from working in the mines.

They went to visit grandpa.

“Dad, because the coal mines caused so much black lung, the government will give you thousands of dollars and monthly support— enough that you won’t need to scrape by anymore,” they said. “But sons,” grandpa replied, “I don’t have black lung.”
So righteous in their quest to help him, they continued, “You don’t need to have black lung, you just need to sign here and they’ll give you the money.” Grandpa wasn’t buying it. 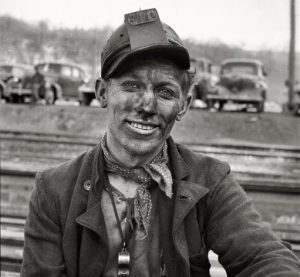 “Sons, you don’t understand. I don’t have black lung.”

When my dad told me this story about his father, his lip started quivering. Then he broke down and cried. He was talking about his father’s integrity—that it was more important to him to live poor than to take something that wasn’t right—even if no one would ever know.

What do you stand for?

Now, before you say honesty, integrity, truth, etc., think about your life and your experiences. When have you compromised? Do you have a price—before you don’t really stand for what matters to you?

As a businessman, I can think of many instances where I compromised my values and what matters most to me. You may be thinking, what was my price? But it’s not always about money.

I have compromised when people have used foul language, or made fun of some one—and I sat quiet—or worse, I played along. Some of the things I did (or didn’t do), still bother me to this day. It’s easy to compromise, and allow little things to grow. You can go years before you wake up and realize how far off you’ve gone.

I know I have.

Is this important in business? Well, whom do you want as a friend, a partner, a client, a vendor, an advisor, etc? Whom can you trust, especially when times get tough?

I remember when our agency was asked to work with a group that would make us millions. It was relatively easy work, but something didn’t seem right. The money was great and my head said yes—but my heart said stay away. We were even ridiculed by the leader, saying we were stupid and would miss the opportunity of a lifetime. A couple years later, I heard where these same people were being indicted for a ponzi-like crime.

Using your brain and talent is important in business success. And while listening to your heart may not win you the next big deal or even move the dial on your monthly score card. But standing for what matters most and living what you believe develops honor, character and leadership. It will shape your business culture attract the right people in your life.