Home / Branding / How Not To Write A Tagline

How NOT to Write Your Next Company Tagline

At one time or another, nearly every business contemplates the creation and use of a tagline. This simple statement aims to distill a company’s unique value proposition into a few memorable words. When successful, a tagline can be a powerful shorthand statement of a brand. But too often, it becomes a design-by-committee phrase intended to please everyone, but inspiring no one.

Writing a tagline is like writing haiku: it’s easy to write a lot of bad ones, and far more challenging to write one good one. But with some discipline, authenticity and creativity, a tagline can function as a powerful tool for gaining traction with prospects and customers, maybe even employees. 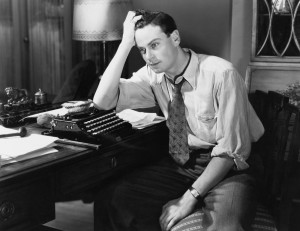 First, How NOT to Write a Tagline

Here’s the secret secret recipe for a terrible tagline:

Gather a large number of people into the conference room…have everyone share as many ideas as possible…use one word from each person’s idea…make the tagline as long as possible so that it includes everything your company offers and makes everyone feel included in the process…take the top three choices and have employees, their spouses and their kids vote on it…pick the winner based on the most votes…repeat the process next year to come up with a whole new tagline.

OK, that’s a bit extreme, but it’s also not too far from the way some organizations have approached the process. Fortunately, there’s a better way.

So how do you develop a truly compelling tagline?

1. Remember who your audience is. In most cases, your tagline is aimed at new prospects who don’t yet know you. The secondary audience is your existing customer base. The important thing is to write the tagline from that external perspective. A tagline is not a company mission statement (more on that below) It has to tap into something that actually matters to your audience, not just you.

2. Let the tagline grow out of your unique value proposition. A tagline’s ultimate goal is to position and differentiate you from your competition. Too often, taglines of competing companies are so similar that they are indistinguishable to potential customers looking for cues. A tagline that puts some distance between your organization and the rest of the pack has a good chance of success.

4. Avoid the words of tagline death. These are words that everybody claims, and when added to one another, produce a bland, verbal gruel that no one remembers. These are the buzz-killers that will prevent your brand from getting traction with future customers. The top four words to avoid are:

People gloss over words like that. We hear them so many times from so many companies in so many industries, that they evaporate into meaninglessness. Hopefully, your organization does something better than anyone else on the planet. What exactly is it? Start there, and then find the most concrete, visceral, creative words to describe it. (Tip: Let nouns and verbs do the heavy lifting in your new tagline, and avoid too many adjectives.)

Once committed to the tagline process, the first question to ask is which type of tagline is best for your organization. Tagline types can be categorized as follows:

Descriptive: The goal is simply to clarify what your organization does. This can be helpful for a new entrant into its market, or perhaps a company whose name or initials are not self-explanatory. Often these descriptive taglines are incorporated actually into the company logo.

Concept Ownership: A tagline—if well worded and frequently repeated—can enable your company to “own” a word in the customer’s mind. Go to Meeting’s tagline Online Meetings Made Easy is a good example of owning the word “easy.” Every online conference provider can deliver a meeting; but “easy” is a great concept to own, especially with so many non-technical people embracing teleconferencing for the first time. What’s the one word (or short phrase) your company can own?

Differentiating: A tagline that differentiates is one that sets you apart from competitors, promising one core virtue that you can credibly claim above all others. Citibank’s Citi Never Sleeps is a creative differentiator as it suggests that while other banks are asleep, Citibank is wide awake looking out for you. The play on words gives Citibank a sophisticated, metropolitan feel—like New York City, the city that never sleeps.

Anticipatory: The approach here is to paint a picture of the future—of what the customer’s life will be like with you as their vendor/partner/provider. Lending Tree’s When Banks Compete, You Win is a great example of this.

Aspirational: These taglines connect your company to the dreams and goals of your audience. The U.S. Army’s iconic Be All You Can Be is an example of this. Regis University’s Learners Becoming Leaders is another good example. It’s short, it uses alliteration, and has a compelling aspirational element: prospective students immediately identify the university as a place to achieve their dreams of making a difference in the world.

Generally speaking, the fewer words the better when writing a tagline. Sony’s new tagline Make.Believe. gets the job done with just two. It uses a clever play on the word “make-believe” to communicate the company’s ability to deliver technology that enables people to make their own media and also to enjoy realistic, believable home entertainment in high definition.

At the risk of sounding like a grammar nerd, it might be helpful to point out that most taglines will end up in either the indicative, imperative or interrogatory form—a statement, a command or a question. It’s worth examining which form is best for your brand. Indicative statements are best for describing what you do. Imperative commands are a bit bolder—you’re actually telling your audience what to do. Questions like UPS’s What Can Brown Do for You? are meant to get people to think, and reconsider their assumptions.

It helps to use words creatively—a play on words or dual meanings have a way of getting people to stop and think. Adidas’ Impossible is Nothing is a great example of a tagline that does both. The reverse of the expected word order is rather curious, creates new meaning and inspires the consumer-athlete to greatness.

When developing a tagline, it is important to differentiate it from a campaign slogan. A tagline usually has a longer shelf life than an advertising campaign. IBM’s Let’s Build a Smarter Planet campaign is very compelling, and addresses the need for superior technology to solve the world’s problems; but it’s not the ultimate statement or tagline for the technology giant.

The tagline creation process is essentially one of reduction—of taking your company’s “elevator pitch” and reducing it down to one intriguing phrase that differentiates you from everyone else. As with all brand-building efforts, this usually means claiming one thing that you’ll defend at all costs, even if it means leaving some desirable turf to competitors. You simply can’t be everything to everybody.