This past week’s news has been a living laboratory in media communications and the power of plausibility. News reporting—infused, confused and supercharged by social media—has created a broad spectrum of response to everything from the Ebola outbreak in Africa to the racially charged violence in Ferguson, Missouri…and even to the existence of Megalodon—a Shark Week favorite on the Discovery Channel. 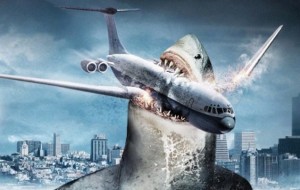 As media consumers, we are left to decide which sources on these subjects sound credible to us. Or put another way, our inner plausibility meters are tasked with trying to sort out truth from fiction. Sometimes we merely settle for “truthiness.”

As objective and intelligent as we’d like to think we are, we come to most news stories (as well as  political and consumer choices) with a great many presuppostions and cultural biases. For example, to some people it’s plausible that President Obama is a foreign-born closet Muslim. For others, it’s plausible that he is still the catalyst for hope and change in America.

When it comes to this past week’s biggest media story, because most of us don’t have the time to research the actual danger posed by the Ebola virus, we are left to decide which source of authority on the topic seems most credible. Did Donald Trump have it right when he tweeted:

“The U.S. cannot allow Ebola infected people back. People that go to faraway places to help out are great—but must suffer the consequences” ?

Or should we be persuaded by scentists like Queensland University virologist Dr. Ian McKay when they tell us that the risk of transmission in developed nations, despite the high mortality rate in Africa, is infinitesimally small? Do we even slow down enough to parse out the crucial distincitions between the contagiousness of Ebola and its lethality?

Sociologists and behavioral economists would suggest that we all tend to gravitate toward a simplified positon that aligns with our cultural and political presuppositions. We use what they would call a “personal hermeneutic” to grapple with the questions we face and the news we hear each day. As a result, we use a time-saving, brain cell-saving hermeneutic for “thinking fast” as Daniel Kahneman would say, rather than “thinking slow” to respond to the choices we face in everything from Congressional candidates to athletic shoe brands.

The Ebola epidemic issue is further exacerbated by the fact that, living as we do in the sanitary conditions of the developed world, we have very few health-related things to fear. So it’s easy for us to obsess on the rare things that we can’t control. Like Ebola…or sharks.

While your chances of being attacked by a shark are just one in 11.5 million (according to the University of Florida’s International Shark Attack File), we somehow feel that they pose a far greater risk than that, largely due to the sensationalized media coverage the rare shark attack always receives. In fact, more people are killed by vending machines falling on them than by shark attacks. But it’s hard to build a reality show around killer vending machines, let alone a whole week on the Discovery Channel.

And when it comes to situations like the tragic killing of a young, unarmed black man by a white police officer in Ferguson, Missouri, before the facts of the case were even remotely clear, opinions were formed, lines were drawn, and the event was co-opted into a wide range of social causes and political agendas. An event like Ferguson confirms people’s widely varying presuppositions and pent-up feelings—their hermeneutic is vindicated—as evidenced by the emerging “eyewitness accounts” that completely contradict each other.

Back to Shark Week, quoting David Shiffman of Slate.com:

You wouldn’t know that megalodon is extinct from watching the Discovery Channel’s “Shark Week” documentaries, though. In 2013, Shark Week aired Megalodon: The Monster Shark Lives, and featured actors playing scientists, photoshopped pictures, and fake digital video. At no point in the documentary did it mention that it was fictional, causing many viewers to believe that these animals are still alive—and Discovery even bragged that 73 percent of viewers now thought that Megalodon really isn’t extinct.

Behold the power of plausibility.

Professional communicators are left with a bit of a moral quandry here: Should you work just hard enough to gain plausibility with members of your audience? Or do you somehow owe them a reasoned presentation of the facts? Do you leverage the power of branding, or perhaps even neuromarketing tactics, to shape a consumer’s personal hermenuetic?

Many would suggest that DeBeers did precisely this, by fabricating a false but lucrative hermenutic about the scarcity, value and emotional significance of a diamond. PC and Adroid users will try to reason with Apple devotees about the superiority of the non-Apple product choices out there, but with very little success. Has Apple brainwashed a segment of American consumers into thinking its products, with their unique blend of coolness and style, are better in substance, not just form?

Not sure I have the answers to that, but when working with our agency clients, we certainly strive to serve companies whose products and serivces we really believe in. We know that the work we do will ultimately amplify and multiply their influence. As a result, we’ve turned down some opportunities when it didn’t seem like the world would be a better place if we helped them sell more of whatever it was that they were purveying.

Regardless, whether you are a public prosecutor, a Fortune 100 CMO or a teenager needing to borrow the car, you find yourself in the persuasion business.

And the first step in persuasion is plausibility.