“Mashable named 2013 the year of responsive web design,” said Jodee Goodwin, our creative services manager. “Companies need to optimize their websites for mobile so users don’t have to expand and pinch in order to view their website.”

As Jodee explained, “Smartphones and tablets are used differently than desktop computers. Mobile sites should be easy to scan, swipe, tap, search and interact with as well as load quickly.”

Each website leverages responsive design. “The content is adjusted on the fly based on the device that is accessing the site,” Jodee said. “We’ve given special consideration to both content and navigation based on the device accessing the site. Users expect to see the full site rather than an abbreviated version on their phone or tablet. The responsive site should simplify the design elements while making the content easier to read and access.”

Mobile users should also be able to easily navigate to all the website’s content. “Simply repurposing your desktop navigation system for the smartphone will frustrate users and may cause them to leave your website,” Jodee said. “On mobile devices, space is at a premium, so it is necessary to take advantage of smaller menus and submenu systems to make it easy for users to move around.”

What’s the payoff for clients?  As David Heitman, TCA’s president, noted, “One of our clients has seen mobile traffic increase 306% in just six months since deploying their new site.” 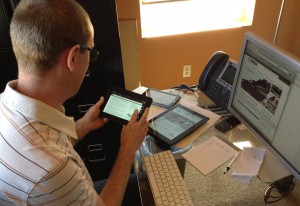 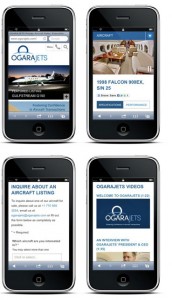 Last Post: On vs. In
Next Post: Inada’s Yu•Me Rocking Massage Chair Featured on ABC TV’s “The Middle”