Looking to Build Awareness? Find a Wave to Ride.

The Tour de France wrapped up recently on the Champs Elysees in Paris. Not only was Vincenzo Nibali the big winner, but so was the entire cycling industry. Every July during the Tour, sales of road bikes increase measurably as athletes and wannabes alike head to the bike store for a new ride. 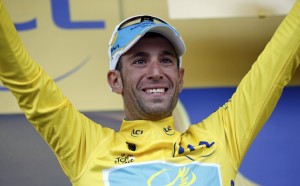 Similarly, after the movie Sideways debuted, sales of Pinot Noir, the varietal touted by the movie’s lead character, rose 16% nationally and 33% in California. Many wine amateurs tried Pinot Noir for the first time and found it to be a wonderful alternative to the ubiquitous Merlots they’d been drinking. Likewise, the sport of archery made huge gains in the U.S., particularly among women, after a massive shot of awareness from The Hunger Games books and movies, featuring a heroine who is an expert archer.

It would appear that the mere visibility of a subject impacts human behavior in ways that marketers can harness to promote their ideas, products and services. So while this might sound like the ultimate statement of the obvious, awareness is the first step in marketing. Many companies put so much work into great products and services that they assume people should automatically know about them and recognize the superiority of what they have to offer. They don’t.

With apologies to Kevin Costner in Field of Dreams, “Build it and they will come” is not a marketing strategy.

That’s because organizations must thus vie with great intentionality and creativity for each audience member’s attention and awareness in today’s media-saturated, content-laden, hyper-marketed communications environment. If you can ride a wave within the public consciousness that already exists—like the Tour de France, Shark Week or a hot political trend—then you can get often more mileage out of your messaging. While you may be able to create awareness with your audience by doing things that don’t cost very much, you may have to spend a small fortune just to get some traction. In either case, you can’t assume everyone knows your story or has heard your message. Better to assume that your target audience hasn’t heard or has already forgotten your message.